The Board of Directors of Democratic Municipal Officials (DMO) has named Tameika Isaac Devine a Blue Star Rising candidate as she campaigns for Mayor of Columbia, South Carolina. 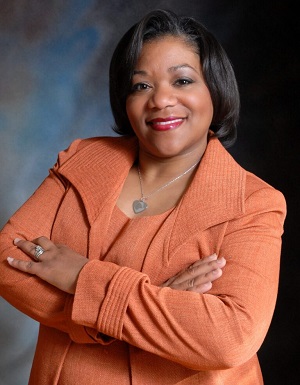 Devine is a Board Member of Democratic Municipal Officials, selected for Blue Star Rising recognition due to her engagement and strong candidacy. She has a lasting record of working in the community, both as a member of the city council and acting as legal representative to those who are experiencing mental health issues. With Covid-19 revealing deep disparities when it comes to health, education and economics, Devine sees the mayor’s office as a place to bring about equitable solutions and serve the city she loves.

DMO President Emeritus and Detroit Councilman Scott Benson commented on Devine. “It is a joy to work with an elected official who truly loves her city. I know Tameika will passionately serve the people of Columbia, making sure no one is left behind.”

Devine’s leadership is recognized nationally, as she serves on the Executive Committee of the Board of the National League of Cities, the Board of Women in Municipal Government, as the Regional Director of the National Black Caucus of Local Elected Officials, and at DMO as the State Chair of the South Carolina Chapter.

The next Mayor of Columbia must be prepared to step up and fill the shoes of the mayor of the past decade, former President of the US Conference of Mayors Steve Benjamin. Devine herself has two decades dedicated to Columbia on the city council, and is a leader at the National League of Cities. She represents not only an opportunity to make sure a Democrat takes the mayor’s office, but to ensure Columbia’s next mayor comes in with a proven track record of experience and the enduring support of the city.

If you would like to learn more about Tameika Isaac Devine’s campaign or contribute you can visit https://devineformayor.com/.