Democratic Municipal Officials’ Board of Directors is honored to name former Pinecrest Mayor Cindy Lerner a Blue Star Rising Candidate as she seeks a seat on the Miami-Dade County Commission for District 7. This highly selective program is reserved for leaders within our organization who have demonstrated a strong commitment to the values of DMO and are running for wider officer. 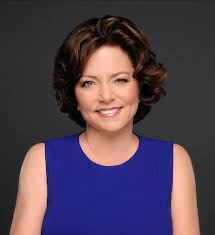 The DMO Board of Directors made the decision based on Mayor Lerner‘s dedication to the environment, public transit, and efforts to protect municipal local control. Lerner previously served on the Board as President from 2012 – 2016, during her tenure as Mayor of Pinecrest, Florida. Prior to her time as President of DMO she was named DMO of the Year in 2010. She fought tenaciously for effective environmental policy as Chair of the National League of Cities’ Energy, Environment, and Natural Resources Committee. She remains a proud advocate for transportation and common sense action on climate change, both within Pinecrest and the greater Miami-Dade region.

Before running for Mayor, Lerner served as a Representative in Florida’s state legislature. She joined the DMO Board with a storied history of fighting on behalf of children, the environment, and her community. She truly embodies the ideals of DMO, and we are proud to endorse her as she runs for Miami-Dade County Commission District 7. Election Day is August, 18, 2020, but we encourage you to voice your support for Cindy Lerner as soon as possible.

If you would like to learn more about Mayor Lerner’s campaign, please visit cindylerner.com.