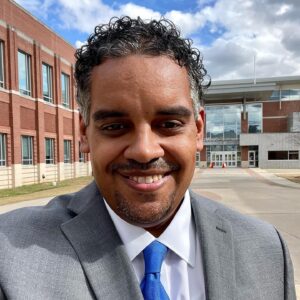 A native of Columbus, Georgia, Dominick Perkins has been a senior staffer with the Democratic Party of Georgia for almost two years. In his time there he has served in three roles, first as the political advisor to the runoff campaign that made history by electing Jon Ossoff and Raphael Warnock to the U.S. Senate and securing control of the Senate for Democrats. He was then hired to be the political director for the party and his most recent role was as the senior advisor to the Democratic Party of Georgia’s coordinated campaign in 2022.

A longtime aide of Congressman Sanford Bishop, Dominick served as the senior advisor to his re-election campaign in 2018. He previously served as the data director to Jim Barksdale, the Democratic nominee for U.S. Senate in Georgia in 2016, and has worked on or advised a host of other state and local races in Georgia. A longtime member of the state party, Dominick currently serves as the Affirmative Action Chair of the Democratic Party of Georgia and also as a member of the Executive Committee of the party.