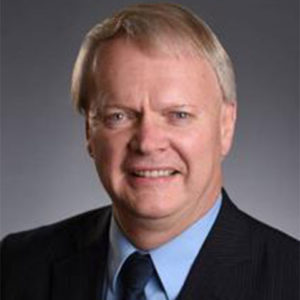 Gary Hansen was first elected to the Eagan City Council in 2008. He began his fourth term in January, 2019. He is a retired risk management professional and a commercial arbitrator. He chairs the Minnesota DMO Chapter and the DMO Budget and Finance Committee.

Mr. Hansen previously served on and chaired the Eagan and Dakota County Planning Commissions. He is active in the Minnesota State Bar Association as an MSBA Assembly member and is a member of the Governance Committee and the Agricultural and Rural Law Section Council. In addition, he is a Mitchell Hamline School of Law Alumni Board member and a charter member of the Eagan Kick-Start Rotary Club.

Councilmember Hansen is an Eagan Economic Development Authority Board member, he is the liaison to the Advisory Planning Commission, and he serves on the Council’s Communications Committee. He represents Eagan on the Minnesota Valley Transit Authority Board and the Suburban Transit Association Board. He is a past president of the Association of Metropolitan Municipalities (Metro Cities), and serves on Metro Cities and League of Minnesota Cities legislative policy committees. In addition, he is a Metro Cities representative on the regional Transportation Advisory Board, which coordinates transportation and transit initiatives with the Metropolitan Council.