The Executive Committee of Democratic Municipal Officials (DMO) has named Jennifer Yeh a Blue Star Candidate as she campaigns to be reelected to the city council in Eugene, OR.

The DMO serves to connect, engage, and empower elected officials who identify as Democrats. Democratic Municipal Officials initiated the Blue Star Candidate program to support promising Democrats who stand to retake a mayor’s office, secure a council majority, or break significant grounds with their election. These candidates have been vetted and recommended by the DMO Board of Directors. 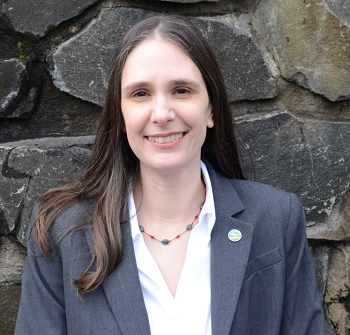 Yeh has served on the City Council since 2017, and has fought to create more affordable housing, build out local infrastructure, and protect the environment. Specifically, Yeh is involved in municipal measures to combat climate change, including the decarbonization and electrification of Eugene. She believes in public safety, while also listening to the community and working to reform policing. She is a strong advocate for public education, including making sure children do not go to class hungry, or feel at risk when travelling to school.

Yeh’s opponent is close with the timber and natural gas industries, and stands in opposition to the measures that Jennifer has proposed to combat climate change. While Jennifer seeks ways to provide service to marginalized communities and transition those experiencing homelessness off the streets, her opponent supports measures that would criminalize them instead. This would be a step backwards for the city of Eugene and the residents who depend on representation from elected officials like Jennifer Yeh.

If you would like to learn more about Jennifer Yeh’s campaign or contribute you can visit electjenniferyeh.com.