The new signage set to be displayed in front of all Albany County gun stores. 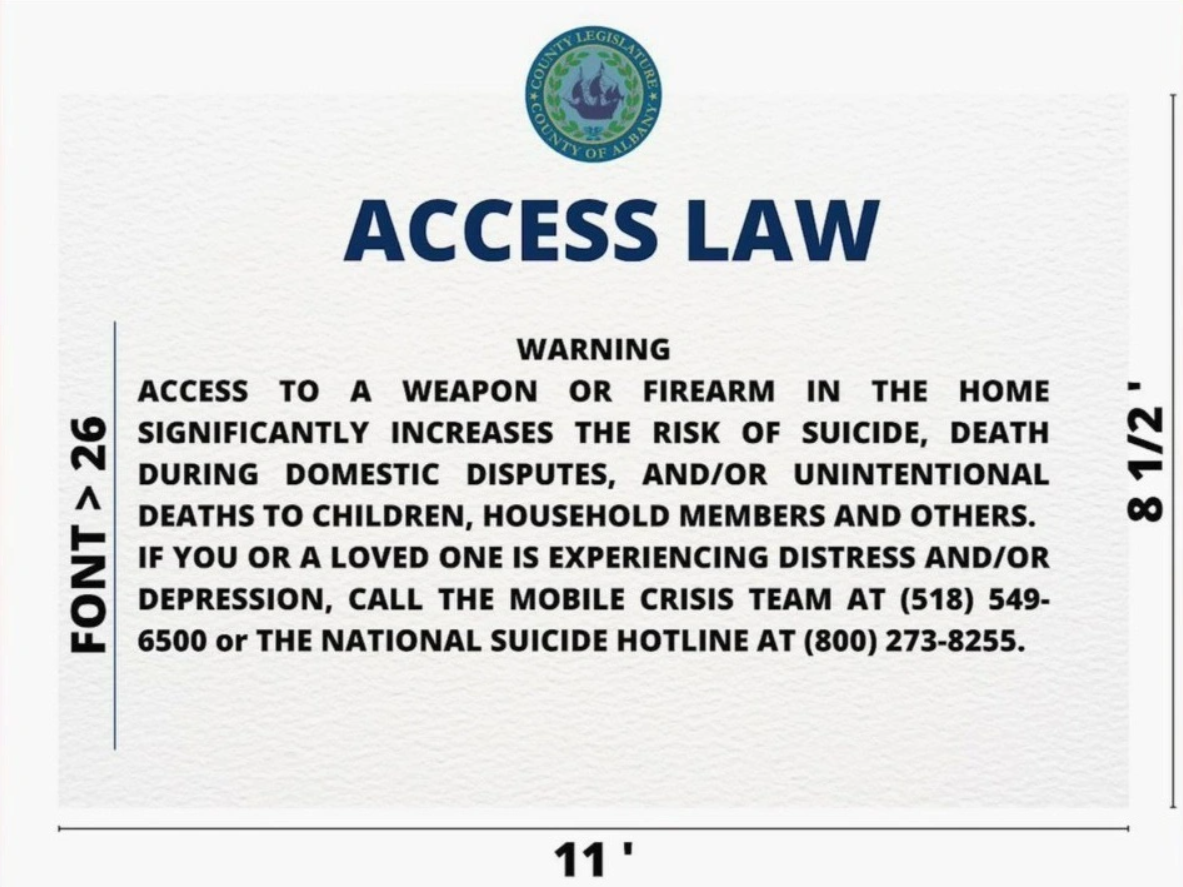