DMO held our annual Board Retreat in beautiful Detroit this past September. We wanted to send an overview of the Retreat so that our full membership could benefit from the resources we discussed during the week, and connect with our national partners. Their contact information will be included below. We encourage you to reach out to secure their resources for your city!

This email is part of a multi-day series on the DMO Retreat. Today we will cover the Business Council panels. You can view Monday’s email on our Policy Panel here, and Wednesday’s coverage of our Labor Panel here. 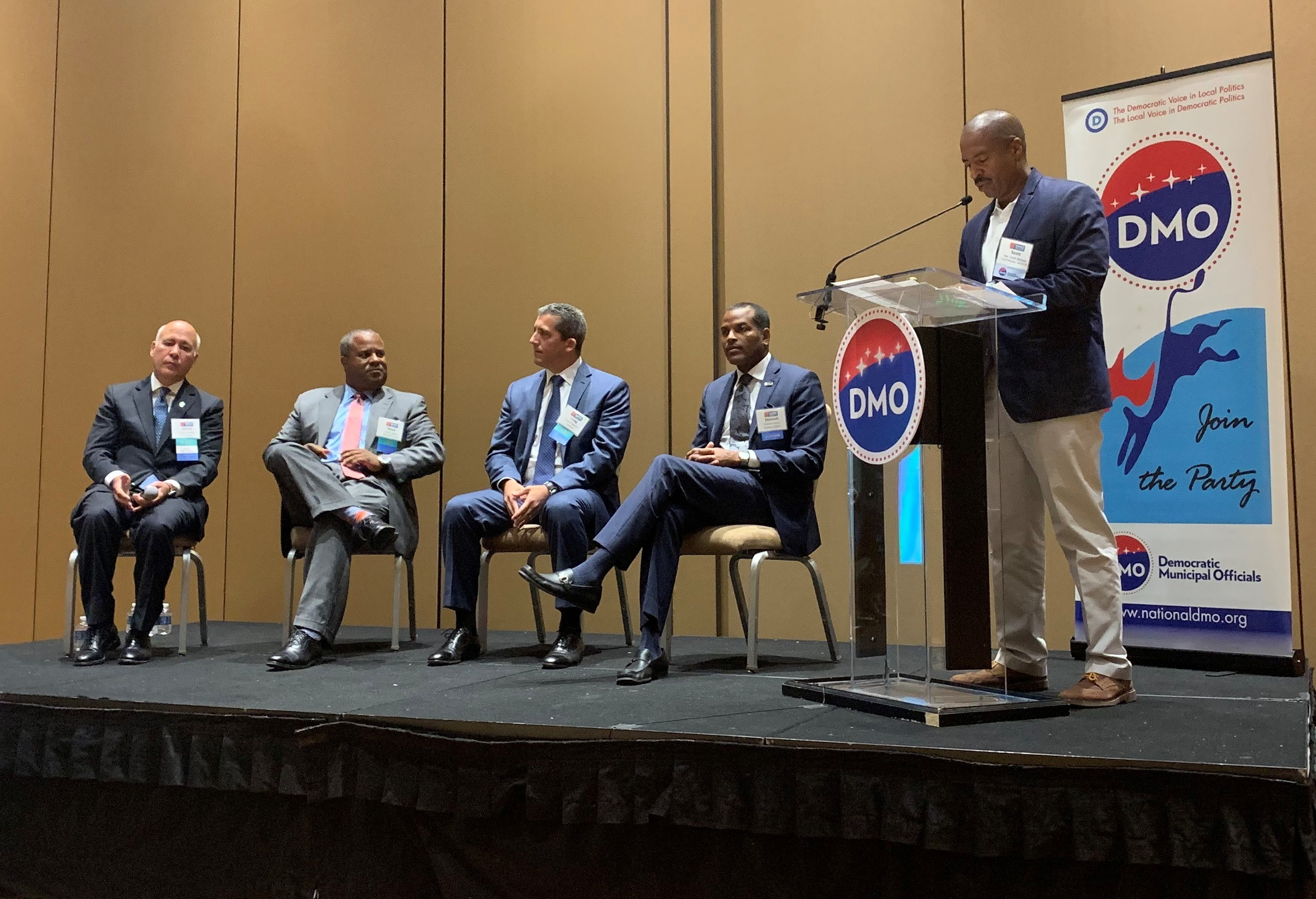 Wednesday’s lunch brought the opening of the business portion of our Retreat. We kicked everything off with an address from Tom Lutz, Executive Secretary-Treasurer of the Michigan Regional Council of Carpenters, which was followed by a short video on the Capenters. Then we continued with a panel on Doing Business in Detroit. Our National President and Detroit host Scott Benson moderated, with Craig D’Agostini from Comcast, David Meador from DTE Energy, Steve Ogden from Quicken Loans, and Donnell White of Chemical Financial Corporation joining the discussion. These business leaders from Detroit shared their companies’ experiences working in the city, public private partnerships, and how they work to ensure they are good corporate citizens. They also discussed their roles in workforce development. Both Comcast and Quicken mentioned their annual days of action, where employees are encouraged to participate in charitable work in the community. 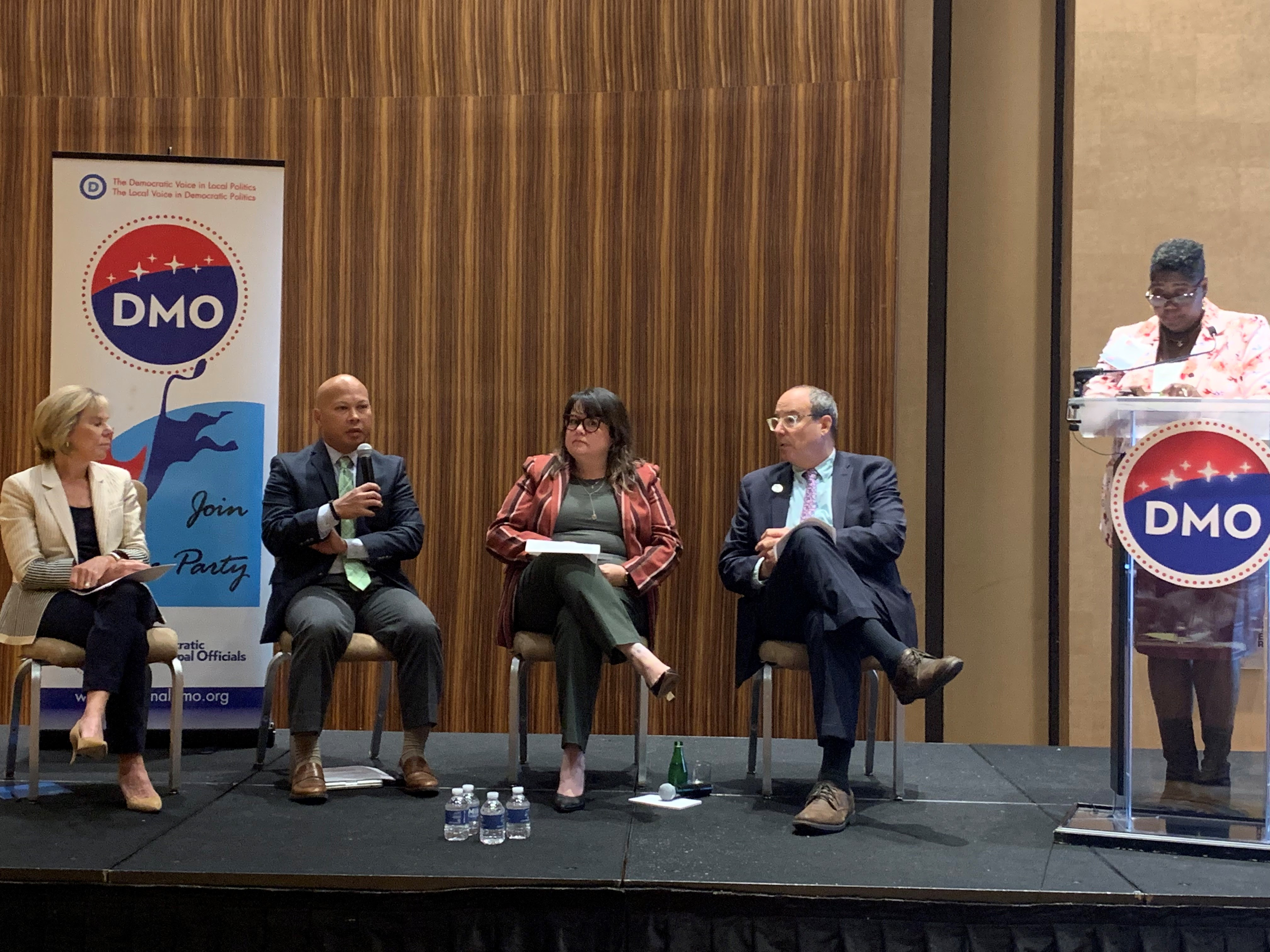 We continued with Breaking Ground on Affordable Housing. The discussion was led by Charlotte Council Member LaWana Mayfield, and the panel consisted of Michelle Frisk from the Ironworkers, former DMO Board Member Chuck Lesnick, Patti Shwayder from Aimco, and Fred Tayco from the National Apartment Association.

Chuck Lesnick presented on how Opportunity Zones could be used to promote the creation of new affordable housing projects. He also put forward the idea of deferring property taxes on new buildings in developing areas, and making opt out pricing for affordable units at least twice the amount of building one, to avoid the market incentivizing opt outs. Patti Shwayder noted that rents on average are actually increasing at a rate below inflation, counter to common perception. She also pushed against rent control, noting that more expensive units in a building can be used to subsidize affordable housing units in the same location. The Ironworkers recommended that any new housing created should be done under a project labor agreement, with pre-hire agreements for workers.

The first day of the conference ended with a panel on Rising Together: Exploring Solutions to Poverty in Our Communities. We heard from DMO President Emeritus and former Tampa Council Member Mike Suarez headed the panel, with members including Arthur Jemison from the Detroit Mayor’s Office, Detroit Council President Brenda Jones, Lauren Neill from T-Mobile, and Tony Williams from Comcast.

Wednesday’s dinner was held at the historic Castle Hall restaurant, a short walking distance from the MGM Grand hotel. There we premiered the new DMO Introduction Video, crafted by alumni and former Malibu Mayor Lou La Monte. Lou spent much of the Retreat continuing his work recording our Board and Advisory Board members for future video projects, with filming courtesy of Comcast.

Thursday began with an experiment, a “speed dating” style set of National Advisory Board Conversations. Guests spent time at individual high tops featuring Retreat sponsors and Advisory Board members including HMS Host, Ford Motor Company, Mosaic Strategies Group, and American Water Resources. Some good connections were made, and in the future we plan on lengthening the time spent at each station to encourage more in depth conversations. 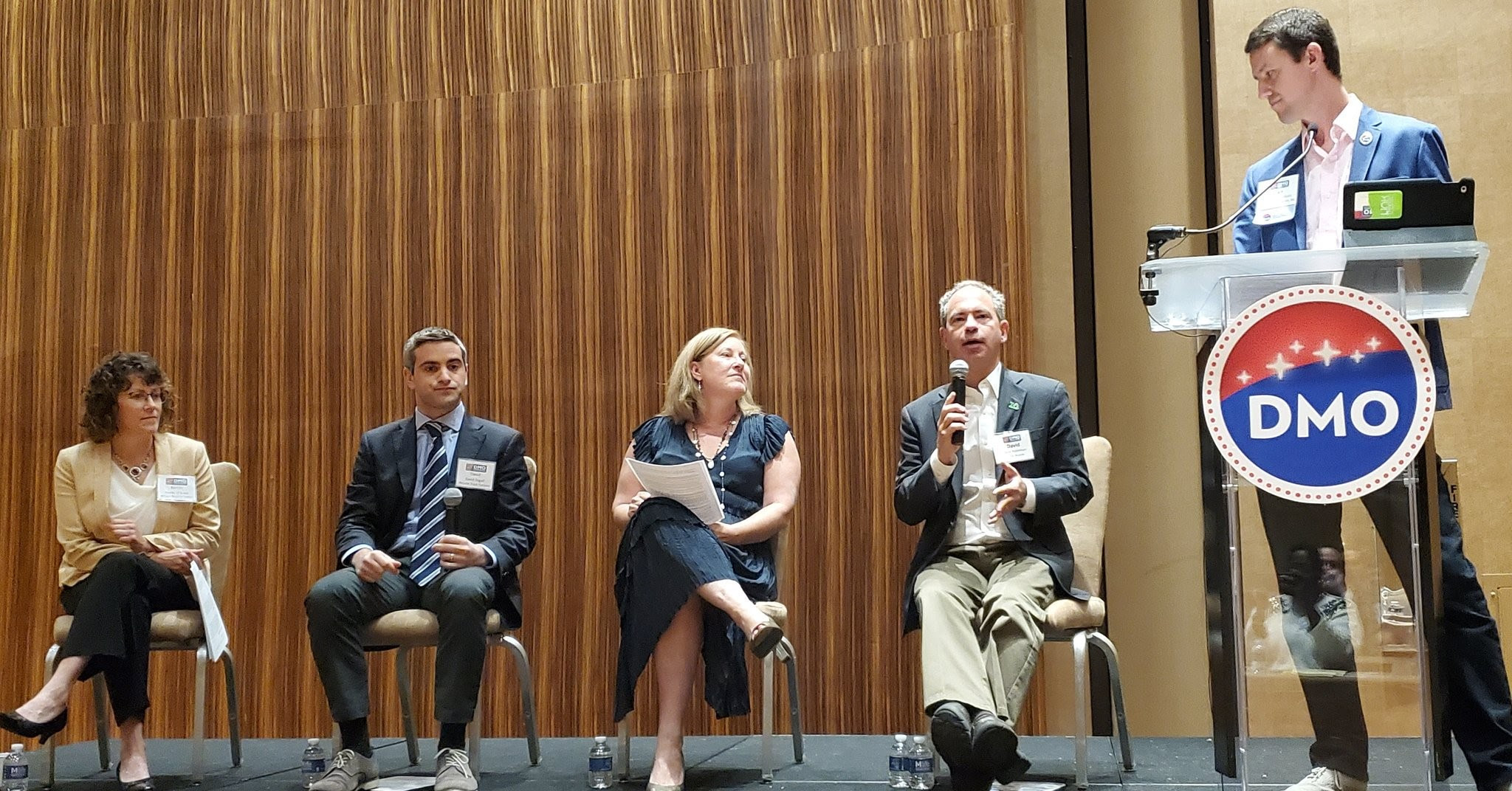 Next up was our panel on Managing Waste for Green Cities. DMO Council of State Chapters Chair and Burlington Mayor Ian Baltutis ran the session. He was joined by David Biderman of the Solid Waste Association of North America, Susan Moulton of Waste Management, Kerrin O’Brien of Michigan Recycling Coalition, and David Segall of Recycle Track Systems.

The key issue covered was how China has stopped accepting recycling material from the US, creating a glut at home and the need to reuse trash domestically. Panelists encouraged the crowd to increase pickup costs as prices respond to the market, but stressed that it is essential to educate the public as to why. Education is also particularly useful in preventing non-recyclable materials from entering the stream. An ‘Oops Tag‘ is one way to inform the public when unusable material has been mistakenly recycled. 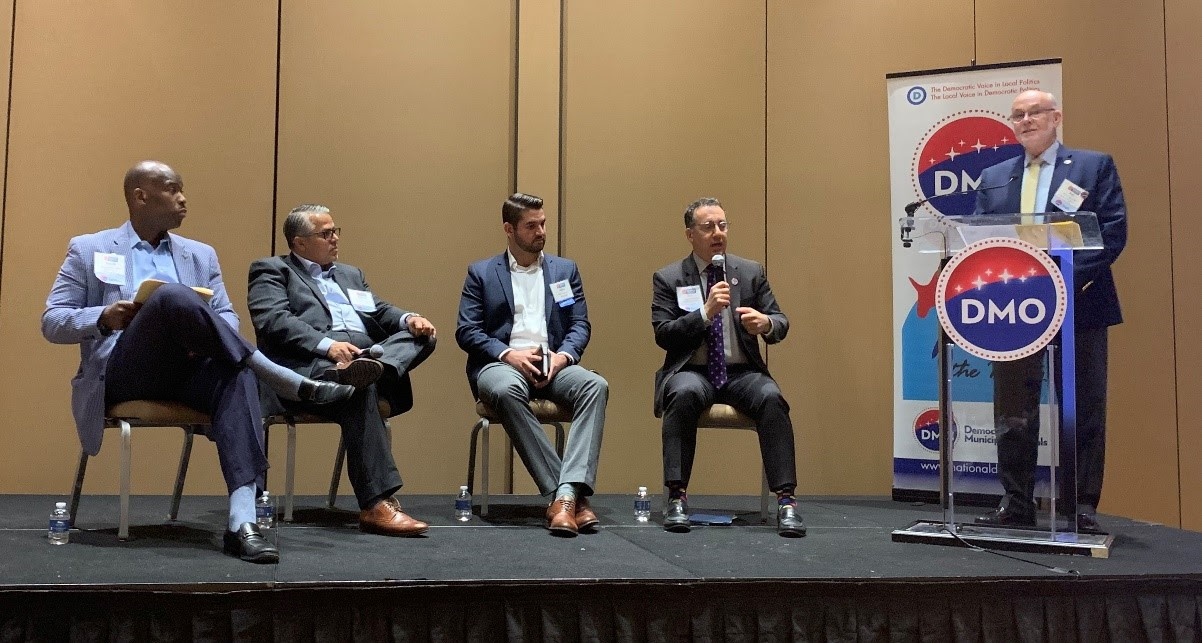 Closing out our Advisory Board portion of the Retreat was a discussion on Open Government, Transparency and Inclusion. Our final panel was led by DMO Secretary and Torrance Mayor Pat Furey, and joined by LA Councilman Bob Blumenfield, Philadelphia Councilman Derek Green, Chicago Alderman and DMO Board Member Gil Villegas, and Mike Mattson from OpenGov. Participants discussed the use of data in municipal government, effective ways of using and sharing that information, and case studies that show increased performance and results.

Panelists discussed the necessary difficulty of asking city bureaucracy to be vulnerable and open to sharing information. Incentives drive this change in culture, with carrots outweighing the feared stick of being discovered making a mistake. Open government can be a tool for making life easier for residents, such as allowing parking on street cleaning days immediately after the sweeper has passed. Most important, remember that if you’re not telling your story, someone else is.

Tune in tomorrow for the final email in our installment. We will be covering the strategic planning updates from the DMO Board of Directors.