We are excited to announce the victory of DMO Blue Star Candidate Phillip Bailey in his election for Alderman in the city of Glendale, WI. 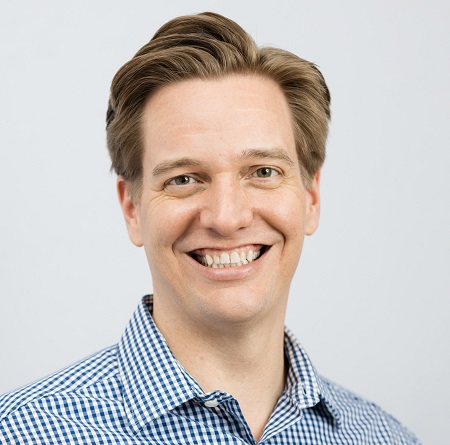 When first endorsed by the DMO Board of Directors, Bailey said, “Since I launched my campaign late last year to be Glendale’s next 4th District Alderman, I’ve been out knocking on doors and talking to voters about their concerns and ideas for our city. I have been inspired by the support I’ve received from neighbors who are ready for a fresh and new perspective on our City Council. The support and encouragement of Democratic Municipal Officials and other local officials has been so appreciated as a first-time candidate. It’s an honor to be a DMO Blue Star candidate. I’m ready to get to work to serve my constituents.”

DMO Board Member and Glendale Mayor Bryan Kennedy remarked, “After serving for several years with Phillip on Plan Commission, I have seen his insight and thoughtful approach to city issues. I think he’s going to be an excellent addition to the Common Council.”

Bailey’s campaign brings a focus to transparency in government, promising increased accessibility and community engagement. He is also committed to safer streets and public infrastructure that makes room for pedestrians. He has served as a Plan Commissioner since moving to the city in 2018, and worked to help develop the city’s 2040 Vision Plan.

Once sworn in, Bailey will also be the first openly LGBT individual elected to represent the city. In 2021, Bailey worked with Mayor Kennedy and the Common Council to unanimously pass the “Glendale Pride Month Recognition Proclamation” so the city could recognize the contributions made by members of the LGBT community, and to actively promote a welcoming and inclusive Glendale.

The DMO serves to connect, engage, and empower elected officials who identify as Democrats. Democratic Municipal Officials initiated the highly selective Blue Star Candidate program to draw national attention to local Democratic candidates, in particular when such an election would shift a mayor’s seat or council majority from red to blue. These candidates have been vetted and recommended by the DMO Board of Directors.

If you would like to learn more about Phillip Bailey’s campaign or contribute you can visit phillipforglendale.com.