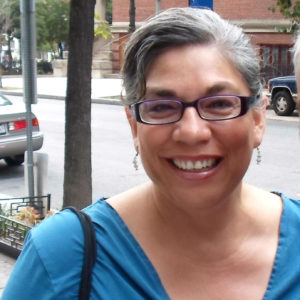 Christine Senteno has served on more than 20 political campaigns over the past two decades as a campaign manager or organizer.  She served on Barack Obama’s campaign in 2008 in Pittsburgh, 2012 in Virginia, and Hillary Clinton’s campaign in 2016 in Miami.

In her work in organized Labor, as Communications Specialist she provided support for SEIU’s immigration team – Fast of Families, the Fight for $15, and the Affordable Care Act.  She worked for Hispanic Link as a reporter covering the White House and Capitol Hill on issues such as public education, immigration, and the rebuilding efforts in New Orleans and has been published in both English and Spanish. One of her works documenting her experience in Hurricane Katrina and its aftermath is part of the Smithsonian Museum’s archives.

Christine served as a public affairs specialist for an education research institution based at UCLA.  Active in Los Angeles politics, Christine was honored by California State Senator Gloria Romero in East Los Angeles as Woman of the Year in 2004 and was a panel speaker on The American Dialogue at the Democratic National Convention in 2000.

Christine attended Georgetown University and East Los Angeles College. She is a proud mother and grandmother. Born in Chicago, she is a die-hard White Sox fan and loves jazz as well as blues.