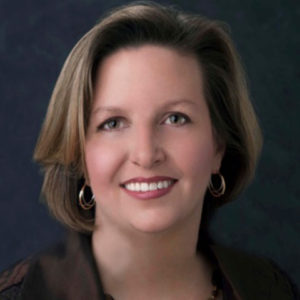 Barbara Moore joined Democratic Municipal Officials as Executive Director in 2010 under DMO Chairman, Eric Garcetti. Barbara was the first staff member ever hired by the organization.

Prior to Democratic Municipal Officials, Barbara ran her own consulting business and worked for a wide range of clients – – from community-based organizations, to an international travel company, to real estate firms and candidates for public office. Her business emphasis was on helping organizations effectively run their operations, communicate their vision, and engage their target audiences through personalized social media strategies, special events, and philanthropic efforts.

Earlier in her career, Barbara served as the Executive Director of the Independent Voters of Illinois – Independent Precinct Organization (IVI-IPO), a progressive statewide political organization. She also worked on political campaigns, and just like Barack Obama, was a professional community organizer on the southeast side of Chicago.

Barbara brings a special understanding to her role with DMO, as she is the spouse of Chicago’s former 49th Ward Alderman Joe Moore. She understands the busy lives of municipal officials – – and their families. In her role as “First Lady of the 49th Ward,” Barbara led the effort to develop what is now Illinois’ most popular farmers market, the Glenwood Sunday Market. She created the 49th Ward Green Corps to empower residents and support local environmental efforts, and regularly supports community organizations by donning her apron, sharpening her chef’s knife and opening her home to host fundraisers on their behalf.